I just returned from a week in Ottawa, Ontario yesterday–http://www.ottawa.com/. I was in Ottawa last week for a work-related Finance Symposium. Ottawa is Canada’s capital and the seat of our current government.

I stayed at the Lord Elgin hotel and these first three pictures are of the view of downtown Ottawa from my room. 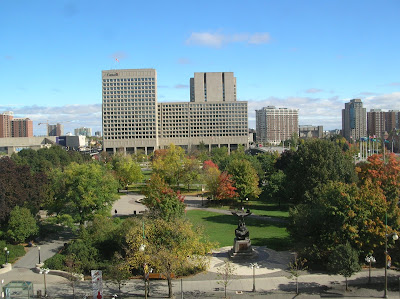 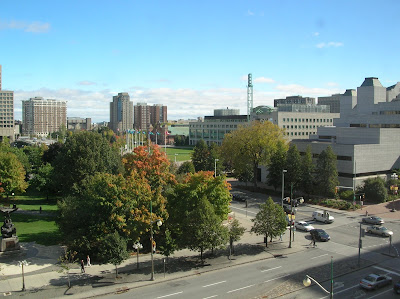 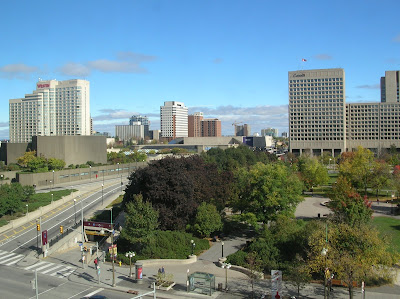 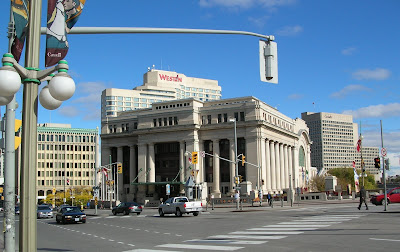 This is the Federal Government’s Conference Centre where our symposium was held.

After the symposium finished each day, I took advantage of the time and did some sightseeing. 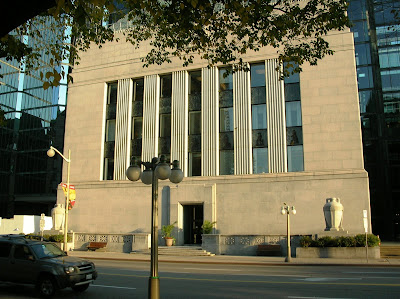 This is the original Bank of Canada building, built in 1938 – view from the back of the building. 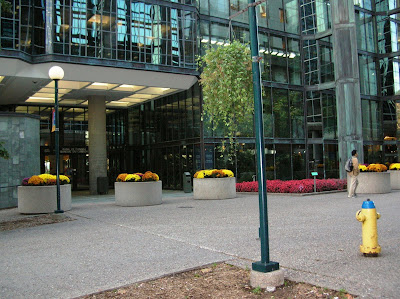 This is the same building from the front. 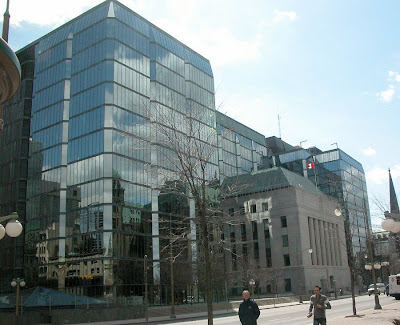 The Bank of Canada building was expanded in 1979 and the original granite building was preserved by being partially enclosing it the new glass courtyard flanked by two glass towers. This building is a statement in contrast between old and the new–history and present day. 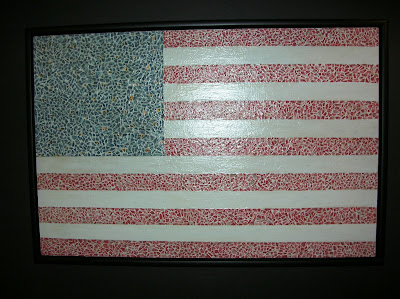 The Bank of Canada also houses the Currency Museum.

This is a piece that is called “What’s it Worth” by a Canadian artist, Marc Adornats that was hanging in the Currency Museum.

“What’s it Worth: $1200 in Canadian bank notes on canvas. The obvious question is the value of this piece. It is made of $1200 worth of Canadian bank notes that have been shredded into tiny pieces and glued to a canvas in the shape of the stars and stripes. So what’s it worth? And to whom? Adornats’ piece questions not only the value of art, but the value of paper currency and the ever fluctuating value of the Canadian dollar relative to the US dollar. His work examines how war, trade policy, and leadership affect confidence in one of the world’s strongest currencies–the US dollar.”

I found this piece very intriguing given the current value of the Canadian dollar relative to the US dollar–currently very close to par. 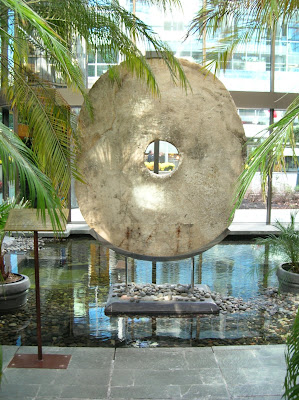 This three ton piece of limestone was used as money on Yap, one of the Caroline Islands in the South Pacific – http://www.visityap.com/index.cfm. Yap stones range in size from 10 centimetres to 3.5 metres in diameter. They were quarried on an island 400 kilometres from Yap and brought back by canoe or raft. The hole enabled the stone to be carried on a pole supported by several men. 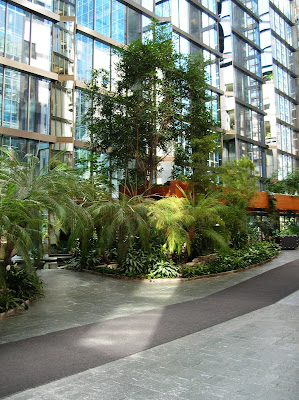 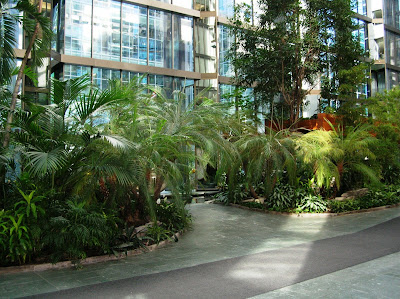 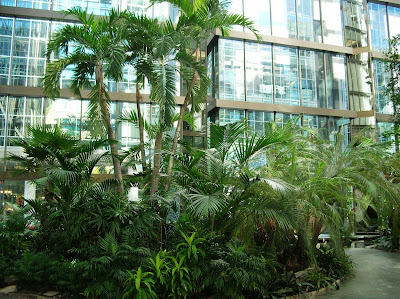 The previous three photos are of the inside of the Bank of Canada. In the winter this must be an absolutely wonderful building to work in. Ottawa can be so brutally cold in the winter. Inside this building it must seem like a tropical oasis in contrast to the freezing wind and snow outside. 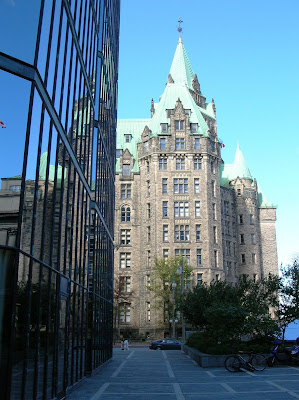 Ottawa is full of historic old buildings. I love this picture. The contrast of the new and old architecture is striking. 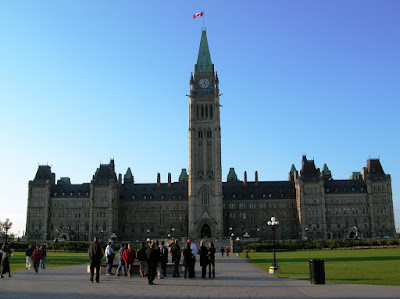 This is the part of the Parliament Buildings that is referred to as Centre Block.
http://www.parliamenthill.gc.ca/text/home_e.html 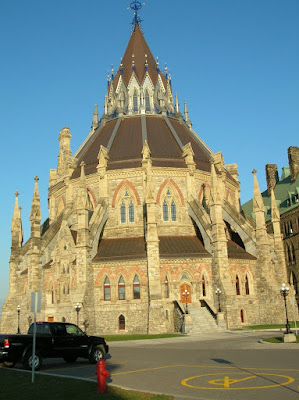 This photo is of the Library of Parliament. This is the only part of the original Parliament Buildings still standing. This building was inaugurated in 1876 and survived the fire of 1916 which destroyed the original Centre Block. 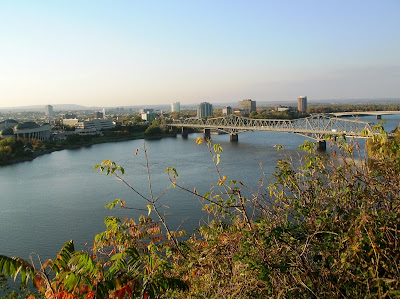 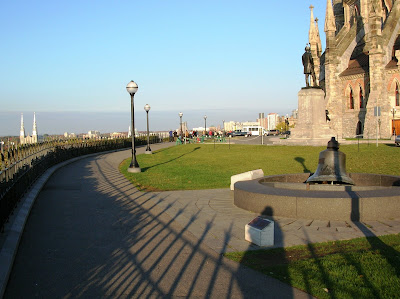 This is the walkway that circles the grounds of Parliament. 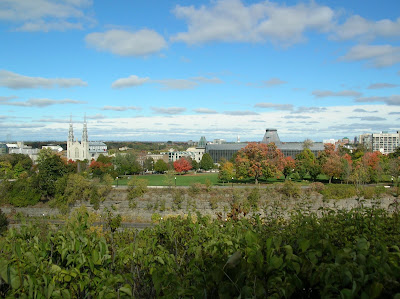 Another view from the walkway surrounding Parliament Hill. 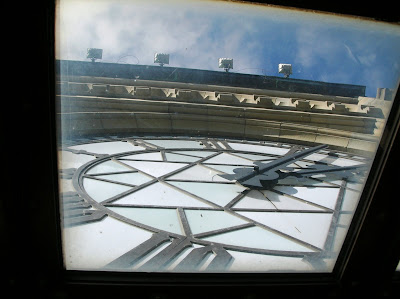 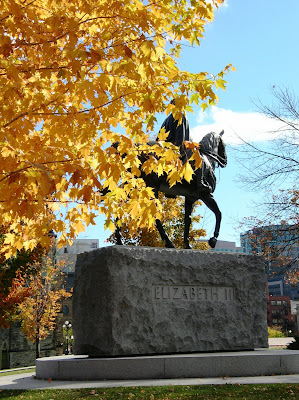 This is a statue of Queen Elizabeth II, our current queen. This statue is one of many statues on the grounds of Parliament. 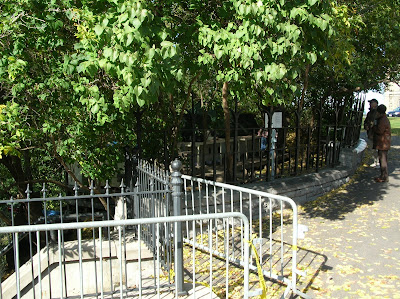 Behind this fence is the cat sanctuary. Legend has it the cats housed on Parliament Hill are descendants of the felines that were originally set loose on Parliament Hill to get rid of all the mice.
“Parliament Hill has been home to stray cats for decades. However, it is only since the 1970′s that volunteers have paid special attention to these animals: creating the “cat sanctuary”, maintaining its infrastructure and ensuring that the animals (cats, raccoons, groundhogs, squirrels, pigeons, chickadees and sparrows) are fed on a daily basis. The juxtaposition of the formality, pomp and ceremony of the Parliament Buildings and the modest cat sanctuary reflects the important Canadian values of openness and compassion.” 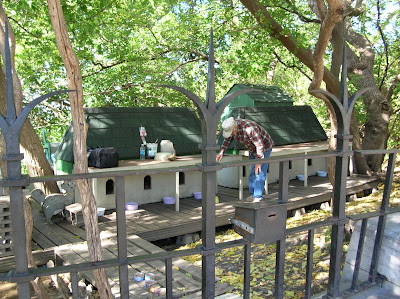 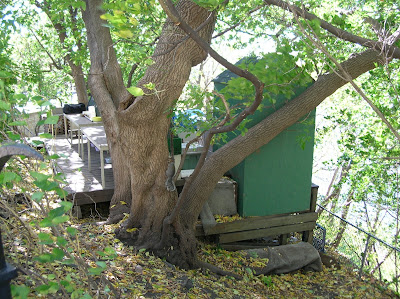 The “cat houses” that provide shelter from the weather for the cats who live on the Hill. 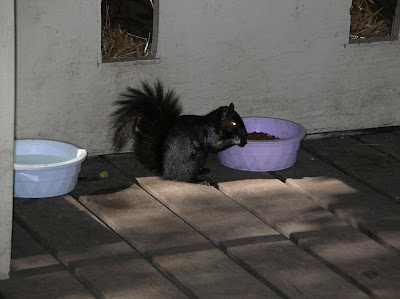 One of the residents that benefits from the care provided by the volunteer known as, The Cat Man. 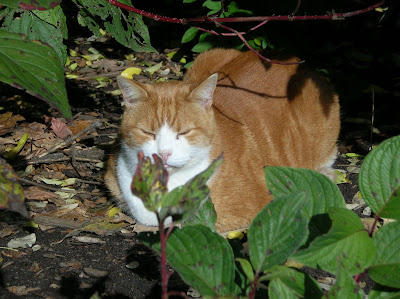 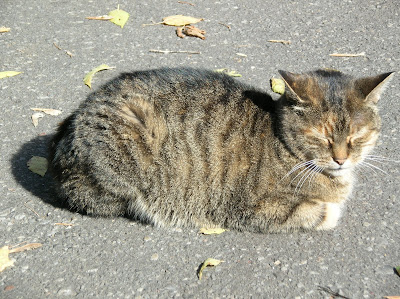 Two of the wild cats that call Parliament Hill home. This was a very sunny day and these felines were taking advantage of the heat and warm pavement. 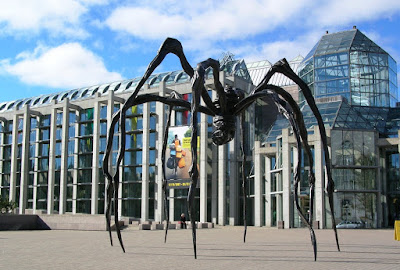 This is a giant spider sculpture outside the National Gallery of Canada. Although this spider is a permanent fixture, I thought it was very fitting for the month of October–very Halloween like. 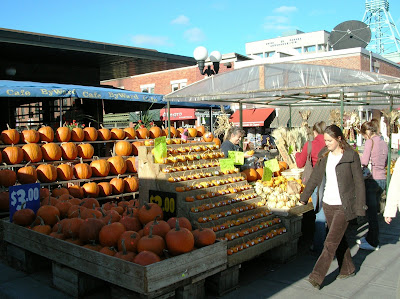 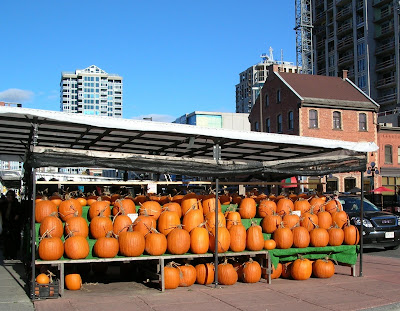 These two pictures are of pumpkins for sale in the ByWard Market Square. This is an area where farmers and artisans come into the centre of the city to sell fresh produce, flowers, and crafts. 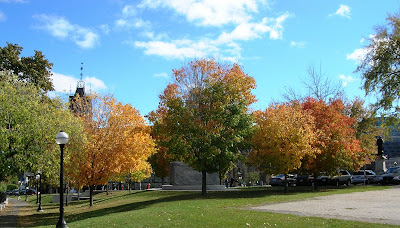 I will leave you with a picture of the colourful fall foliage on Parliament Hill. The trees are just starting to turn beautiful shades of gold and red.

Although I enjoyed my trip to Ottawa, it feels good to be home!