Skip to primary content
From Colorado, we continued north to South Dakota where we visited the Crazy Horse Memorial site.  The day we were at Crazy Horse the fog was so thick that you could not see the mountain.  Instead, we had to be content with looking at the smaller bronze statue of Crazy Horse located within the Visitors’ Center.﻿ 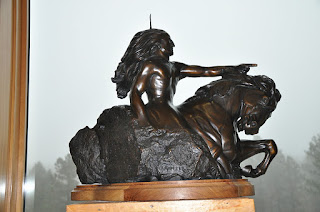 There were many quilts for sale in the Visitors’ Center and Gift Shop. 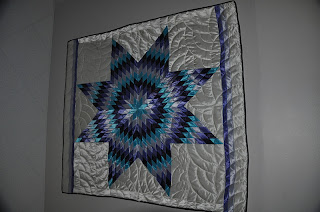 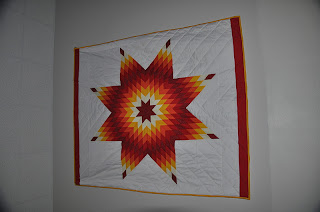 There were also quilts within the Museum connected to the Visitors’ Center. 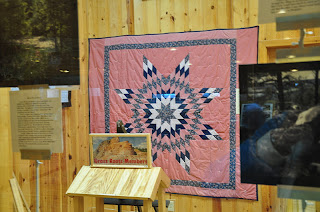 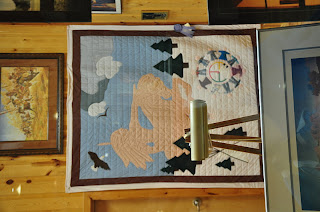 After leaving Crazy Horse, we headed over to ﻿Mount Rushmore.  As you can see by my picture below, the only thing visible was the fog.  Somewhere behind me, through the fog is the famous mountain carving of Presidents Washington, Jefferson, Lincoln, and Roosevelt. 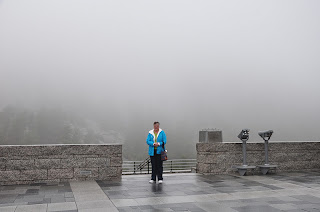 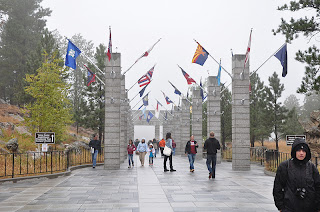 This is a picture of my husband in front of The Avenue of Flags. 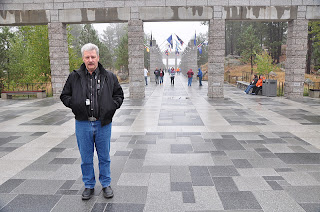 While in South Dakota, we spent two nights in Deadwood.
﻿ 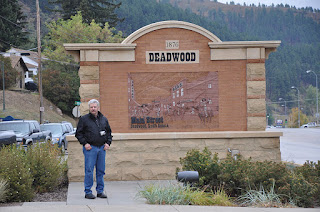 With the discovery of gold in the Black Hills in 1875, miners, muleskinners, madams and entrepreneurs were flocking to Deadwood by the spring of 1876 to discover their fortune. Gunman, Wild Bill Hickok was Deadwood’s most famous resident.

By 1876, Wild Bill had reached the age of 38 and had just recently married Agnes Lake, whom he promptly left in Cincinnati as he made his way to the Black Hills of Dakota Territory, no place for a respectable woman. He organized an expedition to travel west from St. Louis and arrived in Deadwood via Cheyenne in June of that year. Traveling in his company were other famous characters of the Old West, Calamity Jane and Colorado Charley Utter along with a host of “women of ill-repute” looking to make a living in the gold town. 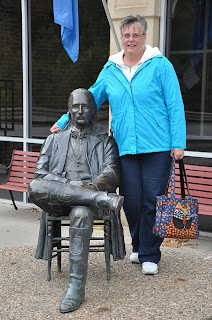 Wild Bill’s reputation preceded him. As a noted lawman, gunslinger and gambler he was already immortalized through American folklore and dime store novels. Some speculate that he came to Deadwood to attempt to land a job as the local lawman, others muse that he was after the gold that the miners spread across the gambling tables, or possibly a combination of the two.

Deadwood Gulch was filling to the brim with humanity that summer, all looking for the same thing: gold. Main Street rang with the sounds of the constant construction of retail stores, saloons, brothels, and hotels. The breeze was sweet with the smell of fresh cut pine and the sweat of hard work. The street, a trail blazed along the creek where miners and prospectors toiled long hours, was a muddy path cut deep by the ruts of heavy wagons and horse hoofs. The town was rife with lawlessness and home to several noted killers of the time. The lower section of town, the north end, became known as the badlands as the seedier establishments congregated together to attract those searching for “recreation.” 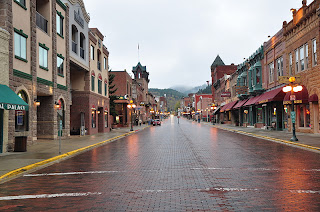 Wild Bill was known to frequent those establishments that summer, in particular to join a card game on a regular basis. He was always careful to sit with his back against the wall as there was always someone looking to make a name for himself by ending the famous gunman’s life. On August 2nd, shortly after noon, Bill made his way down from the covered wagon he called home to the No.10 Saloon where he greeted the bartender, Harry Young, and made his way to a table where a game was already in progress. He was wearing his typical black frock coat and hat, his mustache and long brown hair flowing in fine fashion. Around the table sat Carl Mann, Captain Massie and Charles Rich, leaving one seat open, back to the door. 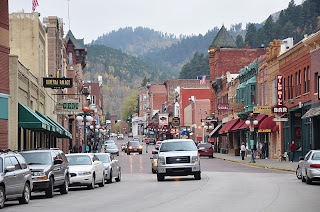 Bill asked Charlie Rich to change places, but he laughed and refused as he was winning and had no desire to change his luck, so Bill sat down on the fated stool. He hadn’t been playing long when a drifter by the name of Jack McCall entered the room. Jack circled the table and then as he made his way around Bill’s back he swiftly drew a pistol and shouting “Damn you, take that!” shot him in the back of the head. Wild Bill Hickok, Prince of the Pistoleers, folded forward onto the table splaying his cards, black aces and eights, forever known as the “deadman’s hand.”

The bullet traveled through Bill’s head and struck Massie in the left wrist. McCall waved his gun wildly and attempted to shoot others in the bar but his gun wouldn’t fire so he backed out the rear entrance. 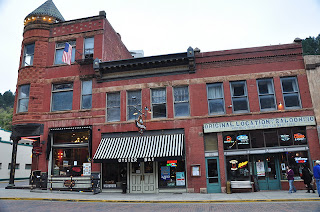 McCall ran up the street but didn’t get far as the cry arose that Wild Bill was shot and he was drug from a hasty hiding place in Shroudy’s Meat Market. The no account drifter was tried by a miners court and acquitted because of his claim that Wild Bill had killed his brother. He left town on a fast horse that afternoon. It was later discovered that Jack didn’t have a brother and he was captured and hung in Yankton, SD, where he is buried in an unmarked grave.

This story of Wild Bill Hickock was taken from the following site on the Internet:  http://www.digitaldeadwood.com/historylink/people/hickok.html 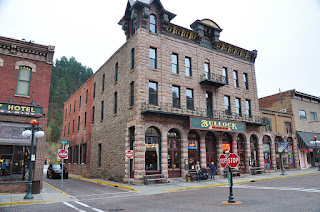 From Deadwood, it was a long day’s drive back to Regina, Saskatchewan and then a flight home to BC.
This was a spectacular holiday full of great experiences and fantastic scenery!﻿
﻿
﻿