Our Tuesday Quilter Group met last Thursday (October 1) night for coffee where the mystery of who sent the post cards to us here in Canada was revealed.

My post card was from Chris. This is a picture of Chris. Chris wasn’t at the coffee shop but one of the quilters from the England group who is a sister to a member of our group was there. She had brought along photos of all the gals in England along with addresses so we can start to correspond with our new quilting friends across the ocean in England. 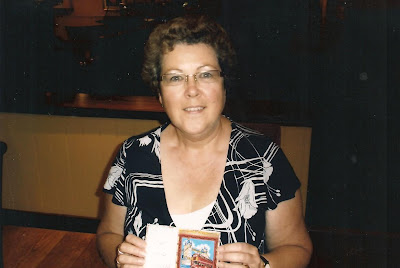 The following pictures are our Tuesday Quilting Group here in Canada. These photos were taken at the coffee shop on last Thursday evening. 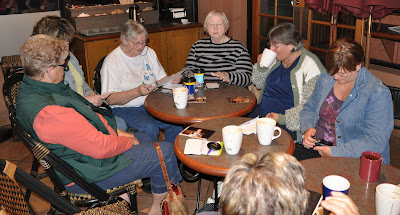 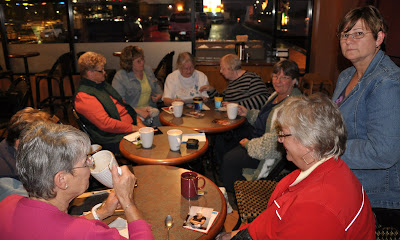 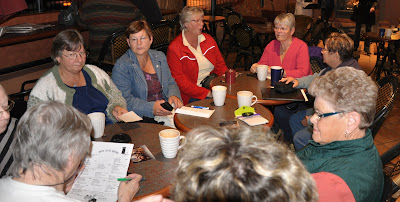 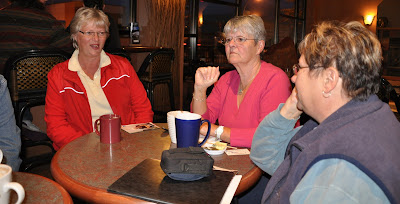 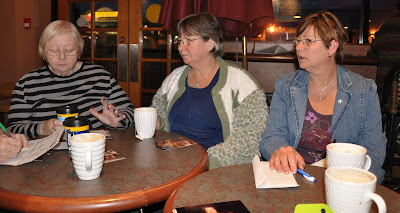 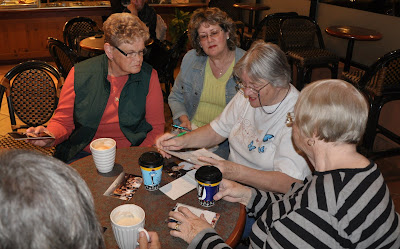 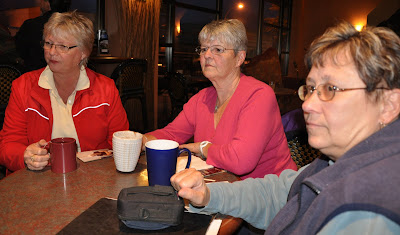 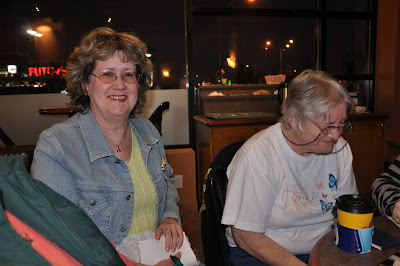 The room was buzzing with the conversation and suggestions for where we go from here–two groups of women who share a common interest in quilting separated by a large country and an ocean. There is a lot of excitement ahead……..

A couple of weeks ago, back in August, I received this fabric post card in the mail on the day we were getting ready to leave for our cruise to Alaska. This is the first fabric post card I have ever received!

By the picture on the front of the card, I had assumed that the card had travelled to me from England. 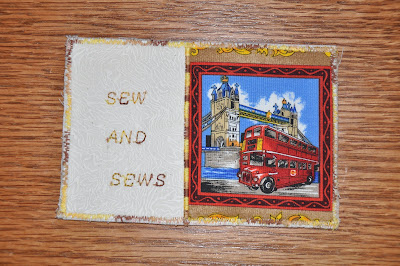 I flipped over the card to find out that my suspicions were correct. I had received this wonderful little gift from Chris in England. She told me in her message that the name of her quilt group was on the front of the card, the Sew and Sews. I immediately wanted to write back to Chris but there was no last name or address provided. Who was this mysterious quilter named, Chris? 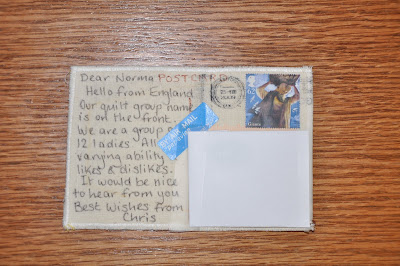 We had received the mail that day literally minutes before we were ready to head out the door on our holiday so I didn’t have any time to investigate the source of the post card any further. I had suspicions that the post card was either connected to Leslie or Patricia (both members of my Tuesday quilt group) since they are both from England and still have family and friends there.
Last night I received a phone call from Edna (also a member of my Tuesday quilt group) filling me in on all the details. Edna had just received her post card from England yesterday and told me that she had been “responsible” for starting something with a group of quilters from England. This group was connected to Leslie through Leslie’s sister. There are 10 quilters in the England group–the same number as in our Tuesday group here in Canada. Edna has all sorts of plans for us to do some exchanging with the English quilters. Leslie’s sister is due to visit Canada later this month and we are scheduled to get together with her and work out the details of the exchange. How exciting!